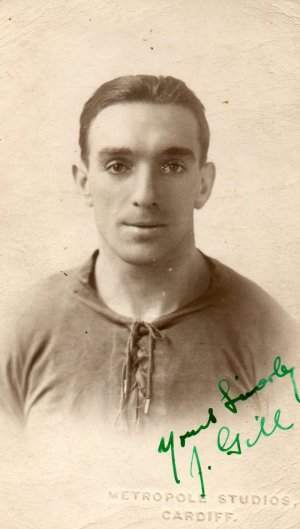 Keith Morgan said: “What a remarkable century it has been for Cardiff City and its fans with plenty of ups and downs.

“Since the Bluebirds joined the league, the club has won the FA Cup, been runners-up twice, finished second in the old First Division in the 1920s, promoted twice to the Premier League and won the old Welsh Cup many times, which led onto some great European adventures.

“There have also been the trips to the new Wembley Stadium, iconic games with the 1-0 win at home to Real Madrid and victory over Premiership leaders Leeds United in the FA Cup in 2002.

“We’re fortunate to have had some great players turn out for the Bluebirds ranging from Fred Keenor, Billy Hardy and Len Davies through to Ivor Allchurch, John Charles, Phil Dwyer and modern legends like Robert Earnshaw and Peter Whittingham.

“The century of football at the atmospheric Ninian Park and the Cardiff City Stadium has been a rollercoaster for fans with the excitement of promotion drives set against slumping into the old Fourth Division in the 1990s, which older supporters will recall.

“We struggled for many years to get back to the second tier of English football but have been back in the top two divisions continuously since 2003.”

“We’d loved to hear from fans about their favourite moments following the City.”

Trust members can send their memories to members@ccfctrust.org

Our first season in the Football League turned out to be quite momentous for a number of reasons. We gained promotion to Division 1 at our first attempt by finishing as runners- up to Champions Birmingham City on goal average. Both teams finished on 58 points.

Stockport County, our first opponents, finished bottom and were relegated. In the FA Cup the City reached the FA Cup Semi Final which was played against Wolves at Anfield. It was attended by King George V and Queen Mary, the first time reigning monarchs had attended a football match in Britain. The result was a grim 0-0 draw and we lost the replay 3-1 at Old Trafford. So, in the course of one season Cardiff City went from the Southern League to promotion to the top flight and playing in front of Royalty.