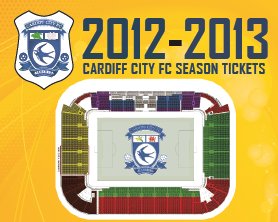 Season tickets can be purchased from 10am on Wednesday 1st February with the first 10,000 sold eligable for a Carling Cup Final ticket.

NOTE current 2011/2012 ST holders are all eligable for a Carling Cup Final ticket as well (18,000 of us). If you have a season ticket now you do not need to renew immediately to get a Wembley ticket, if you do renew you will be eligable for a second ticket.

Season current holders have until March 30th @ 5pm to reserve their same seats for next season. People purchasing for the first time from tomorrow will be sold seats that are currently available. From March 31st - Friday April 13th all seats still available will be sold until the sale end at 5pm on April 13th.