Cardiff City have revealed details of season ticket pricing for the 2015 / 16 season. This is the first season after the five year price freeze and fans will be pleasd to see very little increase in prices from the fixed amount.

Season Tickets will be available to buy from 9am Monday 2 February 2015. Further details on sales and finance options will follow in due course. 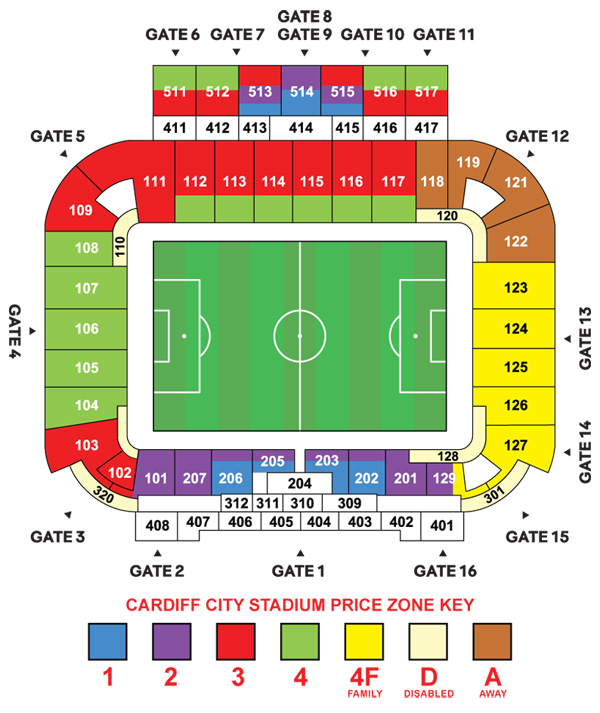 Tell me, how much more will I have to pay?
The good news for those in the price freeze club is you will only pay around £15 to £20 more next season while the even better news for those who didn't buy in 2009 is prices will drop by £100 or more as the Bluebirds bid to create a "level playing field for all."

In a statement on their official website, the club say: "Our focus is on making football affordable for all in the Welsh capital."

What is the most expensive ticket and how does it compare?
The most expensive season ticket (Zone One adult in the Grandstand) is now on offer for £539, only £20 more than prize freeze ticket holders paid this season and £150 cheaper than those not on the list.

Championship rivals like Fulham and Ipswich charged more than £800 for some tickets this season while others like Charlton and Blackpool had some on offer under £200.

What is the cheapest ticket?
The cheapest adult season tickets (Zone Four in the family area, Canton Stand and Ninian front) next season will be £345, just £16 more than fans paid this season.

Seniors will pay anything from £419 (Zone One) and £169 (Zone 4F) to watch every home league game next season.

My children want to go. Can I afford it?
Families will be attracted by a new joint season ticket, which costs £699 for two adults and two children but cheap under nine prices (previously £10 per season for price freeze fans) have now been scrapped.

Every child under 16 will now pay the respective junior price for their area of the stadium, which ranges from £389 to £69.

Great! When and how can I get mine?
Season Tickets will be available to buy from 9am on Monday, February 2.