Neil Warnock admits he had to be selfish with Cardiff's match-winner Rhys Healey during their last-gasp 1-0 victory against Burton.

Healey's stoppage-time header made it three successive Sky Bet Championship wins for the Bluebirds for the first time since September 2015.

The young striker came back from a successful six-month loan spell at League Two strugglers Newport and netted his first goal in just his second Cardiff appearance to move the Welsh club eight points clear of the drop zone. 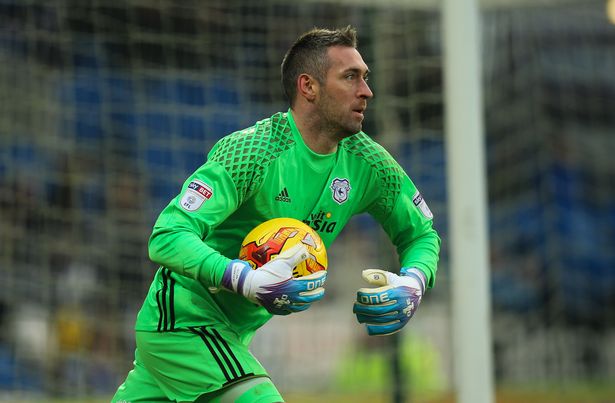 Warnock subbed the 22-year-old on with 11 minutes to go knowing he would not be able to send him out on loan again in this campaign - Football Association rules state a player can only play for two clubs per season.

"I was tempted not to use him, because he can't go out on loan again, but I'm afraid I was a bit selfish," the Cardiff boss said.

"I watched Rhys myself and his finishing let him down at Newport but his honesty will make him a good living.

"He's what I call a little rash because he never leaves defenders alone. He's a confident lad. It's not a bad thing to have that.

"I told him to be a nuisance and enjoy it. The lads signed his shirt and gave him a round of applause. It's lovely and he'll remember it forever."

In a game of very few chances, a goalless draw looked almost certain, with Burton winger Lloyd Dyer wasting the game's best opening to break the deadlock in the first half.

But a much-needed goal came from an unlikely source when Kadeem Harris' cross was missed by Brewers goalkeeper Jon McLaughlin and instinctively headed in by Healey.

Warnock's men have lost just one of their last eight games in the Championship, elevating them to 16th place.

"It's probably the best three points I've got since I've been at the club," Warnock added. "These type of wins are the best and it's what the Championship is all about."

Meanwhile, Burton's slide down the table continued after dropping into the relegation zone for the first time this season.

They have lost seven of their last eight league games and Brewers boss Nigel Clough admits he is looking to bring in reinforcements this month.

"This defeat is without a doubt the toughest to take - we deserved a point today," Clough said.

"We're always trying to improve the squad but the players we've got have to do that fraction of a little bit better. The effort they're putting in is brilliant as always. But we're losing far too many games."