Action and reaction as City draw with Birmingham

Under-fire Birmingham boss Gianfranco Zola hailed the resolve of his side after Lucas Jutkiewicz's late leveller rescued a point in a 1-1 draw at Cardiff.

Birmingham had lost 1-0 at home to Wigan in midweek when Zola conceded the Blues were involved a Sky Bet Championship relegation battle.

But Zola expressed his delight just days after labelling the performance against Wigan as "unacceptable".

"This was very encouraging because after such a poor performance there was a risk that the team could have had a bad reaction," Zola said.

"But I didn't see that. I wanted to see the team fight and react to this bad moment, and I saw that.

"This is the thing which pleases me the most, and on personal terms it is very important as well.

"We need to be more consistent to get the momentum on our side because that is what has been lacking."

Joe Ralls had given Cardiff a 53rd minute lead from the penalty spot after Ryan Shotton was adjudged to have grappled Sean Morrison to the floor from a corner.

"It surprises me when penalties like that are given," Zola said.

"There is always lot of holding and pushing (at corners) and very rarely do you see penalties like that given.

"I was not very pleased with that decision, but I think the draw was probably a fair result.

"We worked hard, never give up and the late goal was something we deserved." 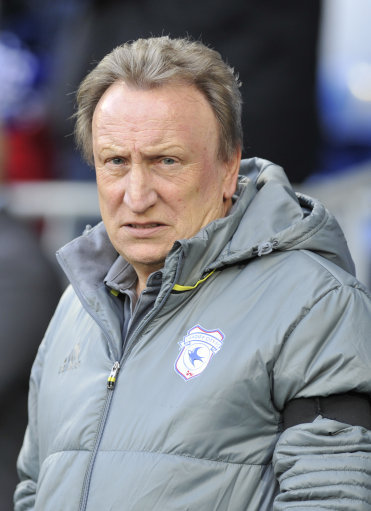 Cardiff boss Neil Warnock expressed his disappointment after a week in which the Bluebirds have conceded goals in the final 10 minutes three times.

QPR scored an 83rd minute winner at Loftus Road last weekend before Blackburn equalised in the final seconds at Ewood Park in midweek.

"I can't fault the effort. We put a lot of energy in the second half, but once again we had the weakness of conceding late on," Warnock said.

"If I'm honest I expected a bit more from Birmingham with all the money they've spent, but they were quite content to play for the draw.

"It was a game we should have won."

Danish striker Kenneth Zohore has been a revelation for Cardiff in recent weeks with seven goals in nine games.

But Warnock was unhappy with the striker's failure to keep possession in the closing stages.

"Ken's still learning, he tries wonder balls when he could keep it in the corner," Warnock said.

"He should be a bit more professional but he's just come on the scene, hasn't he?

"He's got to learn the other side well as the fantastic goals, the muck and nettles of the game to give the lads at the back a bit of a breather."