Action and reaction as City lose to Wigan

An 86th-minute strike from former Swansea midfielder Jordi Gomez was enough to give the Latics their first away win of the season.

Caldwell, who guided the club back to the Sky Bet Championship last season, was dismissed on Tuesday after a four-game winless run, with the team second from bottom.

Barrow, development squad manager Peter Atherton and first-team coach Joe Parkinson have taken charge of the team, while the search for a permanent boss continues. 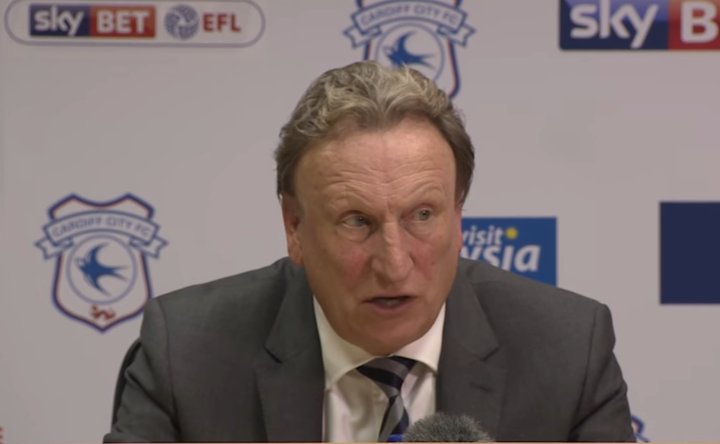 He said: "It's been a tough week, especially for the staff. I think they did hurt when Gary left the club. The win is a relief for the football club because we need to win.

"I think it was a good thing we had two days to prepare for the game - we came down last night and were together. If it was a home game, it might have been even more difficult to get them right.

"By the time they went onto the pitch, they were determined to do it for him (Caldwell) and the football club."

Barrow is not interested in becoming manager on a full-time basis but he is certain the new man will find quality within the squad, even if it may need strengthening during the winter transfer window.

He said: "They're fit, technically good players, who have had problems scoring goals so he's got a bit of work to do.

"They have to scrap it out until January and hopefully he has money to bring in some players."

Cardiff dominated large spells of the game and had their chances.

Anthony Pilkington and Sol Bamba spurned golden opportunities - with the latter blasting the ball over the bar from six yards with seconds remaining.

Warnock said: "I knew it was going to be a 1-0 result but I thought we would be the team to get the one goal.

"If you don't take your chances then you have no chance, and it felt like we were always going to get caught with a sucker punch at the end and that's what happened.

"It was a typical away performance from Wigan and they will be delighted."

Warnock had to cope without Rickie Lambert's finishing ability - the striker missed the game through injury.

The Bluebirds boss said: "Rickie Lambert has done well for us and we were missing our talisman today.

"But that's life in the Championship, you get injuries and you have to get on with it."