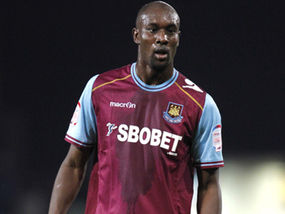 The back page splash on Tuesday's Echo suggest City could make a cut price offer for Bristol City's Albert Adomah.

Once rated at £2m relegation to League 1 might see Adomah's value drop. He's a talent for sure but is he Premier League material?

He has previously been linked with Swansea and more recently Crystal Palace.

Another name that keeps cropping up is Carlton Cole (pictured) from West Ham. Strong rumours here with Cole a likely target for Watford but their failure to win promotion has seen links strengthen with Cardiff City. He's a free agent after leaving West Ham.

More likely is a move to bring Leon Barnett back to Cardiff after a successful loan period at the end of last season.