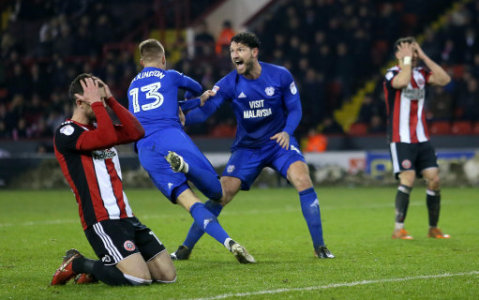 “It’s brilliant to be here,” said Pilkington after he signed at the DW.

“I’ve had an indifferent year, so I’m really grateful to be here and to be given a chance to get back to playing football and I’m hoping to bring goals to the team.

“It’s something I’ve done from positions behind the striker and out wide throughout my career.

“I was disappointed not to be featuring for Cardiff and I feel like I did well in the games I played for them last season.

“But Paul Cook and his staff have shown faith in me and I want to repay that faith.”

We wish him well.