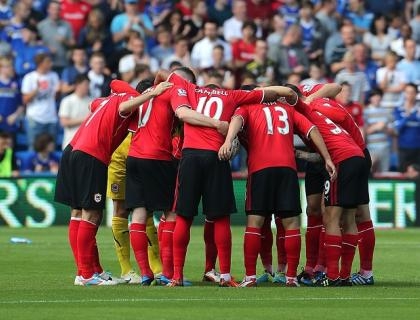 Reports on Thursday suggested Apsalyamov had been asked to step down from the role but it is understood that, while he is not currently operating for the Bluebirds in an official capacity, he retains the position while his visa documentation is assessed.

Moody - a long-time collaborator of Scottish coach Mackay, who helped recruit players including Gary Medel and Steven Caulker in the summer - was initially suspended by the club before Apsalyamov was installed in his post on October 9.

After talks with the Cardiff board, Mackay rejected suggestions he was preparing to resign and the former Watford manager reaffirmed his commitment to the south Wales club.