​Al-Arabi Sports Club have confirmed an agreement with Cardiff City midfielder Aron Gunnarsson to join the QNB Stars League side this summer.

Gunnarsson has been with the Bluebirds since signing from Coventry City back in 2011 on a free transfer, and has gone on to make 278 appearances for the club, notching 25 goals and 23 assists in that time, making himself the longest serving member of the current squad.

And, after ample speculation, the Qatari side seemed to confirm the switch on their official twitter account, posting a video of Gunnarsson's various highlights for club and country before ending with a clip of him, adorned in his Icelandic national team shirt, proclaiming: "Al-Arabi, I'm coming."

In the accompanying caption, the club explained: "The club's management succeeded in hiring the leader of the Iceland football team Aaron Gunnarsson [29 years old] and the midfielder of Premier League side ​Cardiff City for two seasons with the option of a third season."

Gunnarsson, who has 81 caps for his country and has been their captain since 2012, has overseen both their inaugural major tournament appearances at Euro 2016 and the 2018 World Cup. 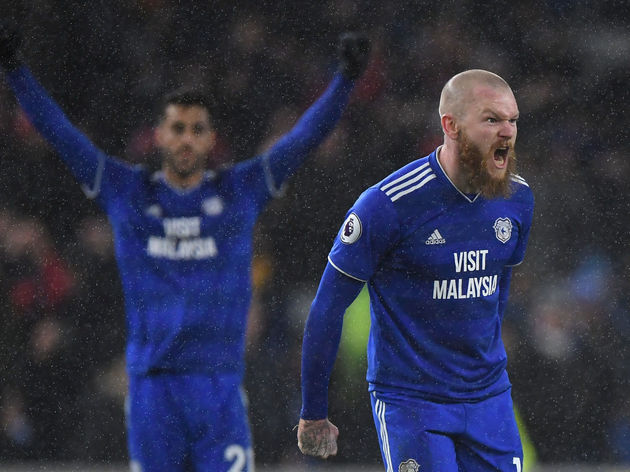 Upon Cardiff's promotion to the top tier last summer, the midfielder was linked with a move away with his contract running down, but Neil Warnock eventually tied him up to a fresh one-year deal.

However, despite being involved in all but two ​Premier League games since his return from the knee injury that kept him out from the opening eight fixtures of the season, he now looks set to leave the Welsh capital for pastures new at the expiration of this contract.