Bamba's strike came after a frantic goal mouth scramble that saw the defender hit the post with a bicycle kick, then the rebound was sent goalwards again but this time came off the cross-bar, but Bamba reacted quickest and made no mistake with his second effort to give Cardiff the win. 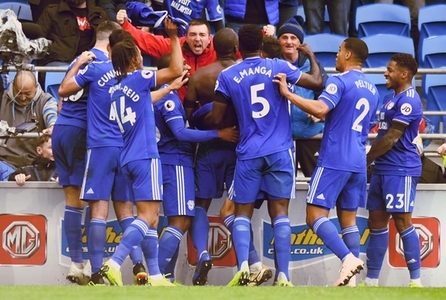 The day had started poorly. Lewis Dunk met a Solly March free kick in the 6th minute to give Brighton the lead but the game changed in a seven minute spell during the first half. 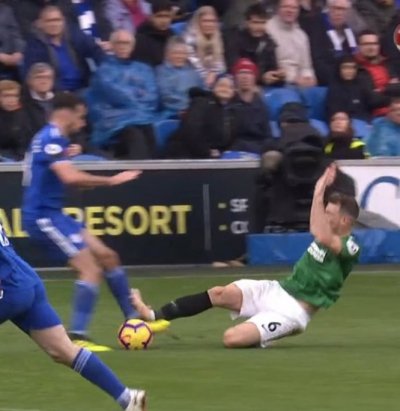 Firstly Callum Paterson headed City level, he was in the right place to meet Kadeem Harris' deflected cross, but the momentum swung Cardiff's way when Dale Stephens received a red card in the 34th minute for a reckless challenge on Greg Cunningham.

Brighton opted to defend for the next 55 minutes and apart from one excellent shot in the second half that Neil Etheridge saved it was one was traffic as City looked for the win.

It was slow and tedious with Brighton defending stoically as City built up from the back before hitting the Brighton wall. As things became more desperate Cardiff piled into the box and got their reward as the game entered the last minute of normal time.

Bamba wheeled away waving his shirt in the air, something missed by the referee who didn't book him. "The ref said to me 'did you take your shirt off?' I said 'no I didn't'," Bamba said afterwards. The stadium erupted and the excellent support again today (29,402) took it up to another level.

The win took City out of the relegation zone for a couple of hours but they will end the day in 18th place. Crucially though Cardiff are in a congested mix at the bottom of the table.

So we have two weeks of feeling fine and dandy before the next game, which is Everton away at Goodison Park on November 24th, ko 3:00pm.