Bamba's back and he's loving it

Sol Bamba came off the bench v Birmingham to make his first appearance in a City shirt since March when he was injured in a Premier League fixture at Molineux.

The Ivorian was cheered loudly all afternoon as he warmed up along the side of the CCS pitch in the pouring rain and the volume levels rose again when he replaced the impressive Curtis Nelson late in the game.

Twice Bamba got his head to clearances and he was celebrating at the end as Joe Ralls completed his hat trick.

“It felt unbelievable to return and I can’t even describe it," said Bamba. 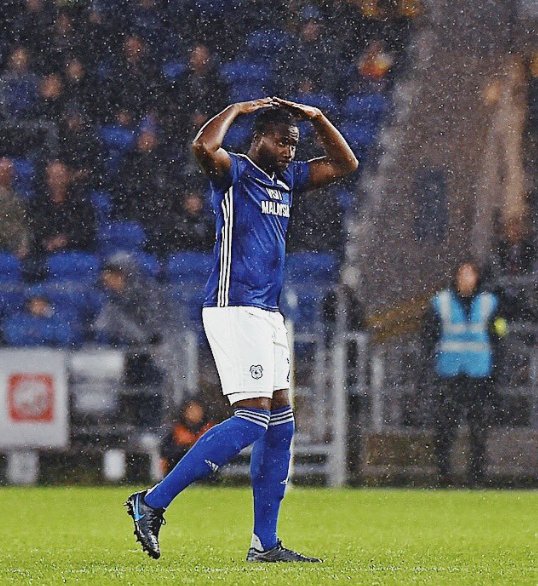 “It was a long road to recovery and I’m happy to be at the end of it, but credit to everyone at the Club, since I got injured the medical staff and fans in particular have been so supportive and I can’t thank them enough.

“This Club means a lot to me and my mum came to visit me for ten days too, but we all as a team came together and managed to get the win.

“We’ve got the feeling that we can win and we want to keep our home a fortress, so we keep our heads up and carry on.

"We showed the character in our team again.”

Bamba's return is timely as skipper Sean Morrison is out with a broken wrist.