Barnsley will be without suspended midfielder Joe Williams for their home game against Cardiff.

Williams, on loan from Everton, received his fifth booking of the season in Saturday's draw at Norwich and sits out a one-game ban. Defender Angus MacDonald is hoping to be fit, but will be assessed after sustaining a foot injury at Carrow Road so Jason McCarthy is on standby. 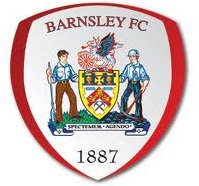 Winger Lloyd Isgrove will not feature due to the knee injury which kept him out at the weekend, while midfielder Gary Gardner (leg) and defender Adam Jackson (knee) remain sidelined.

Cardiff defender Lee Peltier returns from suspension and midfielder Aron Gunnarsson could make his first start for nearly two months. Gunnarsson suffered a muscle tear between his hip and thigh at the end of September before picking up an ankle injury a fortnight later.

But Gunnarsson played the final quarter of Saturday's victory against Brentford and Cardiff are hoping there was no adverse reaction. Kenneth Zohore (ankle) will be assessed, with Omar Bogle (suspension) joining long-term absentees Lee Camp, Kadeem Harris and Jazz Richards on the sidelines.

Barnsley have won one of their last eight home league matches against Cardiff (D2 L5), a 1-0 win in November 2009.

The Bluebirds haven't won any of their last three league games against the Tykes (D2 L1), drawing 0-0 at Oakwell last season.

Barnsley are currently on a four-match unbeaten run in the Championship (W2 D2) - the last time the Tykes went five unbeaten came back in May 2016 (a run of six).

Cardiff City have won five of their last nine away matches in the Championship (D1 L3), having previously gone six matches without an away victory (D3 L3).

Only Wolves (9) have kept more clean sheets in the Championship this season than the Bluebirds (7).