Many thanks to everyone who played their part in making Saturday's peaceful protest a huge success. It's estimated that 4000+ fans took part in the march with many many thousands more joining in for the Sea Of Blue demonstration at 19mins 27secs inside the stadium. Police have praised the behavior of all who took part and added that "It couldn't have gone any better". 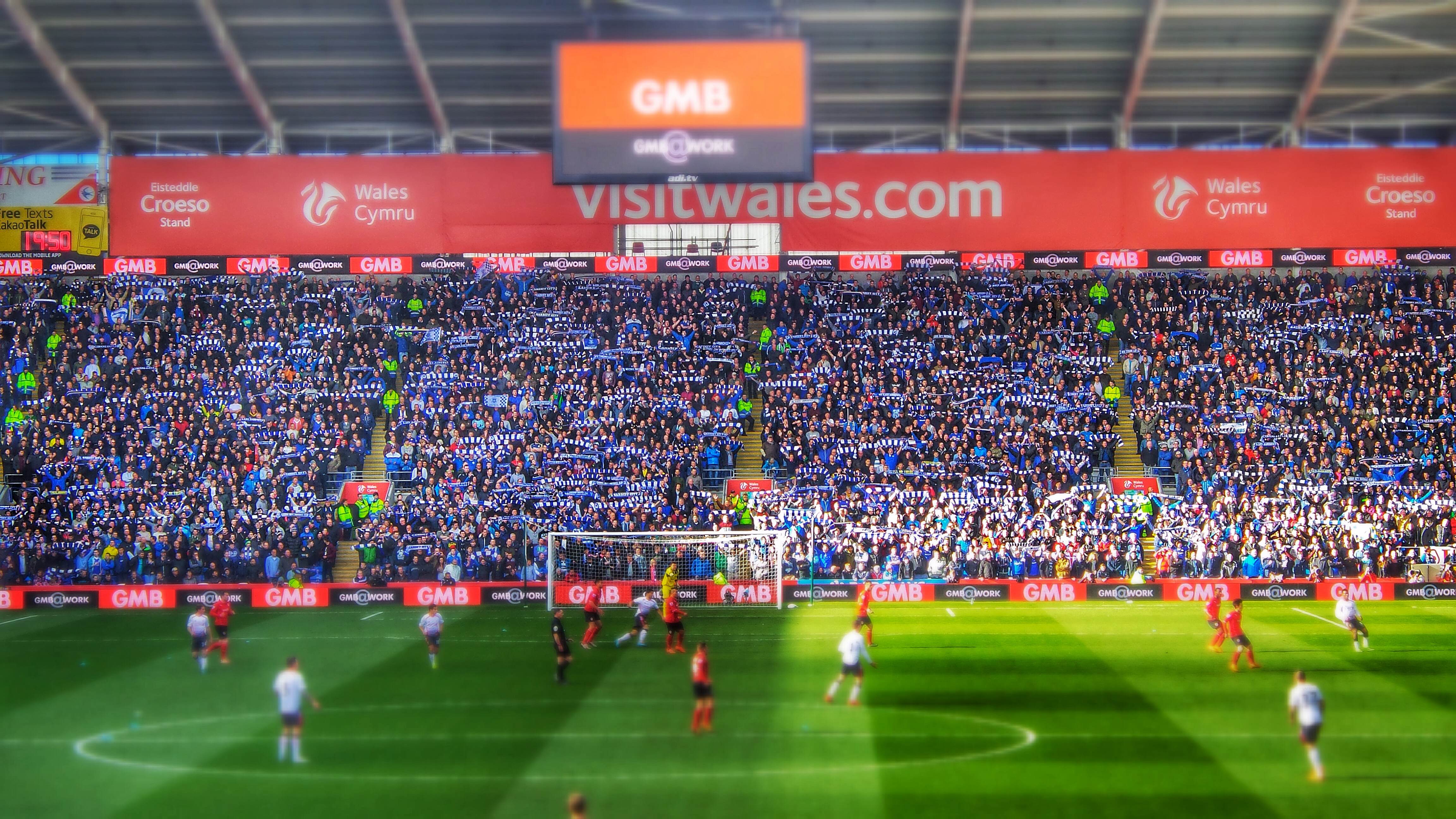 The Sea of Blue demonstration at 19 mins 27 Secs was not only a spectacular sight that would have warmed the hearts of many Bluebird fans, it was also a crystal clear message to the Club and the footballing world world that the over whelming majority of Cardiff City fans do not support the re brand and strongly desire a return to traditional blue. We ask all Cardiff fans to please continue the Sea of Blue demonstration @ 19 mins 27 secs for all future games, as a dignified yet strong, visual gesture of our true desire to return to blue and our pride in our Club's heritage and traditions.

March organisers did not meet with the Club Chairman yesterday. All CCFC supporters groups involved felt that a 10 minute meeting before kick off would not have been enough time to give the matter the adequate attention that the issue so rightly deserves. So we politely thanked the club for the offer and welcomed the opportunity to speak again in the near future as soon as a formal meeting could be arranged. We also requested that when the meeting does take place, we would expect it to be minuited for all Cardiff City fans to read. The club accepted our polite decline and said they will work with us to arrange a meeting as soon as possible, we look forward to meeting them shortly.

So BIG thanks again to all involved for whatever part you played in making the Peaceful Protest such a success.