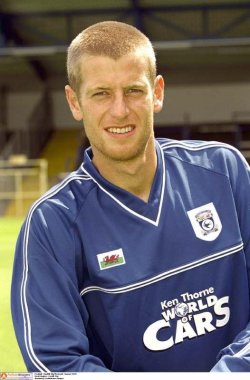 He will oversee all sides in Cardiff's youth set-up from under-nine to under-23 level.

Cardiff say former Wales Under-21 defender Hughes will also work with first-team staff to help academy players progress to their senior side.

Hughes made 17 Cardiff appearances between 2001 and 2003 after joining from Shrewsbury for £450,000, having previously played for Villa and Carlisle.

"This is a very exciting opportunity because Cardiff City has an important place in my heart."

Hughes began his coaching career with Barry Town and then Port Talbot Town, and also had a spell working for the Football Association of Wales.

His most recent role was at Southampton, where he was head of academy player development.