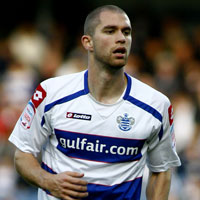 The 24 year old has played over 100 times for QPR since his arrival at Loftus Rd in January 2008 from Arsenal.

He spent the second half of last season at Reading on loan as they were promoted to the Premier league. He was part of the QPR squad promoted in 2011.

Reports on Monday suggest a fee has been agreed between the clubs and it's just down to personal terms and a medical.

City are also being linked with Tommy Smith from QPR and have already signed Heidar Helguson from the West Londoners.