The 25 year old suffered an ACL injury at Birmingham and only managed five League starts since joining the Blues in 2017.

Previous to that he played for Luton.

He certainly has something to prove as he looks to get his career back on track after the set-backs.

"I'm delighted to get here," Vassell told Cardiff City TV. "Cardiff City is a massive Club. Look at the squad - there are some big players in there and the Manager is amazing. 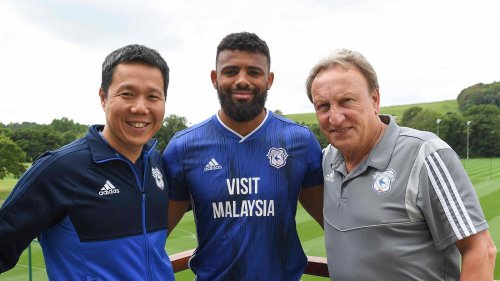 "It feels like the right step to further my career. I want to show everyone what I'm about: pace, power and getting goals. Hopefully, I can make that happen.

"There are a good few faces in the squad and the lads that I've seen have already made me feel welcome, which is brilliant."

Vassell was withdrawn from the Birmingham squad to face Portsmouth in the EFL Cup in midweek with manager Pep Clotet admitting a move was close and today it was completed.