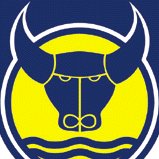 Malky Mackay took his squad to Oxfordshire yesterday as he prepares for the new season that kicks off in less than two weeks.

Helguson is expected to start for Cardiff and we may see first run outs this pre season for Don Cowie and Kevin McNaughton. Both missed the opening two friendlies with tight muscles.

City face Bournemouth on Tuesday and Barry Town on Wednesday so Malky will have a chance to give everyone a run out before the final pre season fixture at home to Newcastle next Saturday.

Oxford Utd are expected to include former Bluebird Tony Capaldi in their starting line up but there's no place for our old friend Michael Duberry who is out injured.