Cardiff City and Birmingham City have been fined by the Football Association after both clubs admitted they failed to ensure their players conducted themselves in an orderly fashion.

Both sides had a player sent off in Cardiff's 4-2 Championship home win over Birmingham on 2 November. 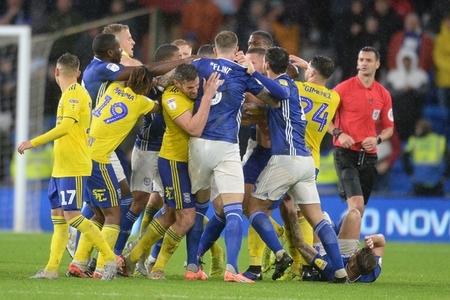 The Midlands club's appeal to have 28-year-old Dean's red card rescinded was rejected by the FA.

Dean is serving a three-game ban, having sat out their home defeat against Fulham and will miss the away trips to Huddersfield on 23 November and at Sheffield Wednesday four days later.