Bluebirds in international action with tears of joy for Neil Etheridge

Congratulations go to Neil Etheridge whose Phillipines side qusalified for their first ever Asin Cup on Tuesday. Phillipines beat Tajikistan 2-1 to secure their place in the competition which runs through January 2019. 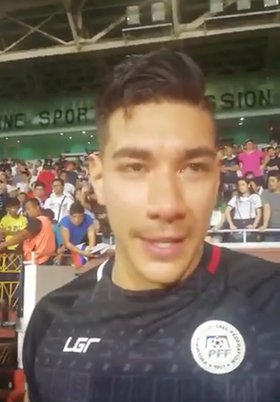 The downside to Etheridge's success is that Cardiff could be without him for up to five games during next season.

An emotional Neil Etheridge talks about the 'baby steps' the team has taken in his decade-long journey with the Azkals. pic.twitter.com/k5dT9RWlYO

Meanwhile Aron Gunnarsson played 45 mins for Iceland last Friday against Mexico in the USA. His side lost 3 - 0 but it's great to see him back on the field after not playing for Cardiff since November.

Marko Grujic played 23 mins off the bench for Serbia as they lost to Morrocco and then another 25 mins on Tuesday as the Serbians beat Nigeria 2 - 0. Fulham striker Mitrovic with both goals.

Two appreances also for Callum Paterson with Scotland. he played 90 mins of a 1 - 0 defeat against Costa Rica befiore a 10 min spell off the bench in a 1 - 0 win over Hungary in Budapest on Tuesday.

Jamie Ward was fit enough to play an hour for Northern Ireland as they beat South Korea in Belfast.

And Armand Traore earned a first Senegal appearance for five years in a 1 - 1 draw with Uzbekistan in Morocco last Friday before playing 83 mins of Senegal's 0 - 0 draw with Bosnia on Tuesday.

Let's hope all six players report for duty on Friday fit and ready to be in the squad to face Burton.