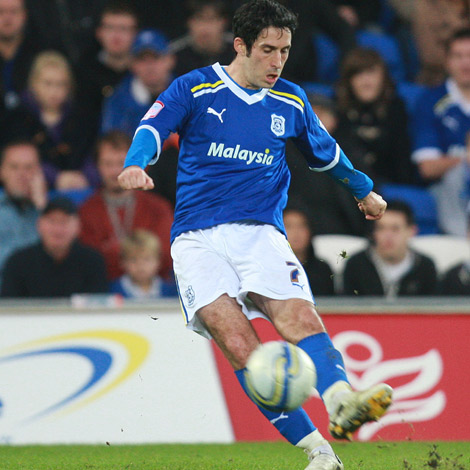 After just 4,200 hardy souls watched City see off Colchester in the FA Cup last week several times that amount will offer a voiciferous support that hasn't been heard for a long time in Leckwith when Cardiff face Fulham on Saturday afternoon (3:00pm).

Tickets have been flying out of the door as the ticket office reported an increase in sales from 30 tickets per hour to 300 tickets per hour as fans rush to ensure they are in the ground when the team take to the pitch wearing blue.

The announcement on Friday afternoon that Vincent Tan had reversed his controversial decision to play in red has had reverberations throughout football and has lit a fuse in south Wales that has exploded into a frenzy of blue.

Incredibly the Football League have come to the party and given Cardiff permission to return to blue immediately.

With all the attention on the kit change we mustn't forget there is a football match to play and league points are on offer.

New signing Scott Malone is set to make his debut for Cardiff and Russell Slade will be able to include his second signing Alex Revell in the squad.

Hopefully Fulham accept that their role is secondary and that Cardiff win the game in their traditional colours.

Cardiff will recall those players rested for the cup game and with the new additions will have a strong squad available.

Fulham will include former Bluebird Ross McCormack in their squad and will have Ryan Tunnicliffe and Alexander Kacaniklic available.

Midfielder Tunnicliffe is back with the Cottagers after a loan spell with Blackburn and winger Kacaniklic has returned from his stint with FC Copenhagen.

Lasse Vigen Christensen is an injury doubt after coming off early on in the goalless draw against Wolves last weekend with a recurrence of a hamstring problem.