​Cardiff travel to Brighton in the Premier League on Tuesday night, knowing that a defeat could all but send them back down to the Championship.

The Bluebirds were beaten 2-0 by Burnley on Saturday, with Neil Warnock's side once again on the wrong side of some questionable officiating. Mike Dean decided to reverse the awarding of a penalty, which would have given Cardiff a golden chance to equalise just minutes into the second half.

​Cardiff are now five points behind Tuesday's opponents ​Brighton with five games to play, and avoiding defeat is absolutely crucial if they are to stand a chance of staying in the top flight.

Warnock has a fully fit squad to take to the Amex Stadium and here's how he could line up for ​Tuesday's crucial match. 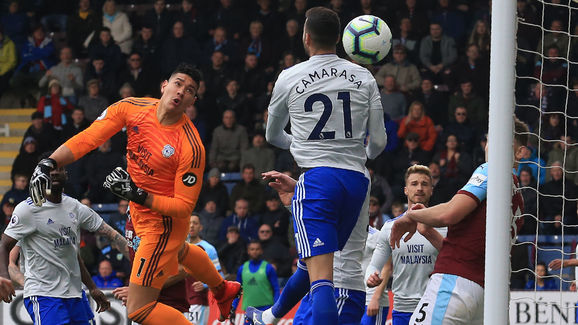 Neil Etheridge (GK) - Etheridge has played every minute of Cardiff's Premier League campaign and continues to earn praise for his performances between the sticks.

Lee Peltier (RB) - The 31-year-old has featured far more regularly in the second half of the season, after starting just two matches before Christmas.

Joe Bennett (LB) - Bennett was a substitute for November's fixture but is expected to start for the 13th consecutive match. 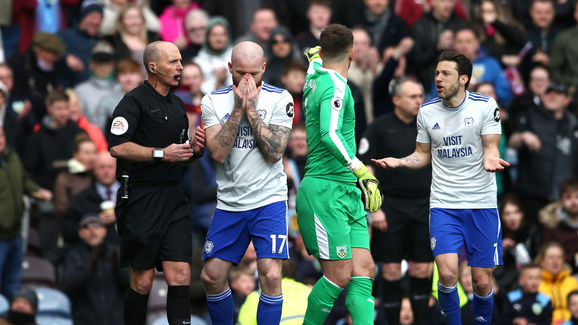 Aron Gunnarsson (DM) - The 29-year-old was unlucky not to win a penalty against Burnley after being brought down in the area - another decision which incensed Warnock.

Harry Arter (CM) - The Republic of Ireland international has been a key player for Cardiff during his loan spell, and Premier League survival could be the deciding factor in making the move permanent this summer.

Victor Camarasa (CM) - Another loanee who the Bluebirds may struggle to keep a hold of at the end of the season, the Spaniard is Cardiff's top scorer with five goals. 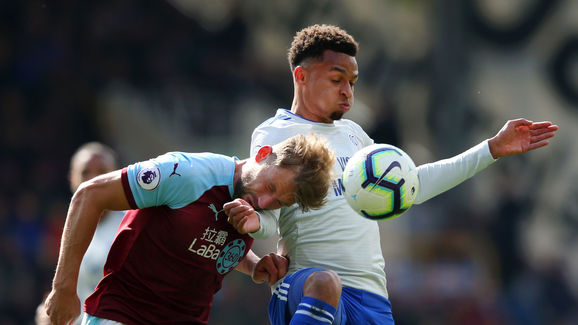 Josh Murphy (RW) - The English winger is hoping to make his fifth start in as many games.

Oumar Niasse (ST) - Niasse could return to the starting lineup on Tuesday after a substitute appearance at Burnley, as he still awaits his first goal for the Welsh club.

Junior Hoilett (LW) - Scored in Cardiff's last victory - a 2-0 win over ​West Ham United at the beginning of March.