Burgstaller latest to leave through the revolving door 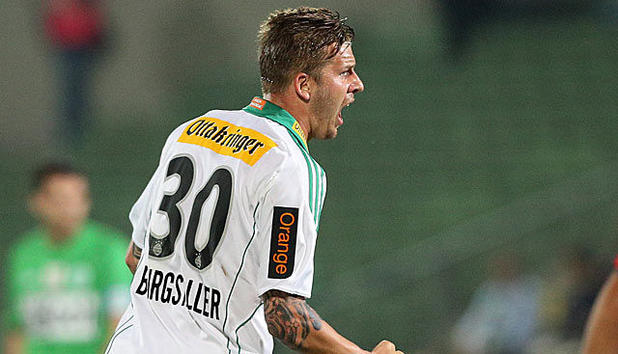 This has to be one of the most biazarre transfer windows I've seen at Cardiff City. There is a firesale on one hand as player after player heads out but at the same time three players have arrived and another is due this week.

Guido Burgstaller is the latest to have his contract terminated by mutual agreement. He is now a free agent to go elsewhere.

The Austrian started just two games, one in the league and one in the Capital One Cup. In fact he actually scored a goal against Coventry in round 1 of the competition.

Adam Le Fondre is expected to complete a loan move to Bolton this week after failing to impress in his time so far at City. I'm not totally sure that's all his fault as the build up of City's play is shocking and not playing to Le Fordre's strengths but he hasn't won too many fans here with a very poor return of goals.

Over the weekend we saw Kimbo and John Brayford leave while Lee Peltier came in. Cardiff have been linked with Leeds Utd midfielder Rodolph Austin.

Russell Slade hinted to the media he was hoping to sign a midfielder this week and Austin was linked in the national papers.