Opportunities to get results are starting to run out for City. Can Neil Warnock pull off a miracle and keep the Bluebirds up?

Phil Bardsley is a major doubt for Burnley's Premier League clash with Cardiff at Turf Moor on Saturday after suffering a freak injury.

The right-back missed last weekend's victory over Bournemouth after cutting his leg on a table tennis table - Matt Lowton impressed in his absence, so is set to keep his place.

Harry Arter is a doubt with an ankle injury, but Jazz Richards is in contention following a hamstring problem. 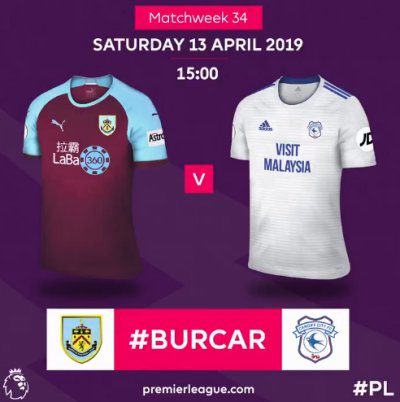