A headed goal in each half from Fraizer Campbell took his tally to five since joining the club last month.

A totally dominant first half by Cardiff made way for a much more competitive second half and just minutes after Campbell headed his and City's second the home side had pulled one back.

But City stayed strong and repelled the improving Wolves and saw out 6 mins of added time.

A cracking win in front of a packed away section containing 2500 Bluebirds (pictured below in the lower tier).

City are now 8 points clear of Watford and Hull with a game in hand on both.

The run of away form is incredible. City have won seven and drawn two of the last nine away games and they are away again next week with a trip to Middlesbrough. 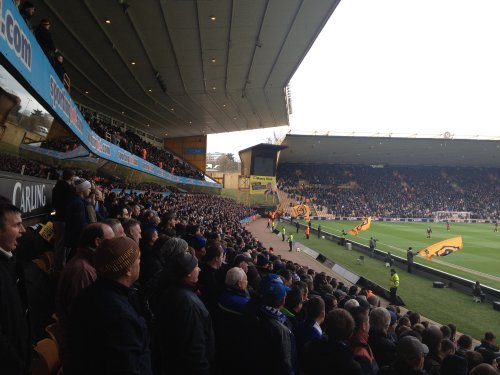