The victory was massive for Cardiff and earned the Bluebirds a third Premier League victory this season.

After a relatively quiet first half Cardiff started the second half on the front foot. The impressive full back Kevin Thepohile-Catherine raced onto a 50+ yard pass from Gary Medel and won a corner. As the noise rose in the stadium so did Steven Caulker to head home Craig Bellamy's cross.

Caulker is a former Swansea player but the reaction showed he's 100% a Bluebird now. City's £8m signining from Spurs was awarded Man of the Match but the real hero for City was Gary Medel.

He broke up play time and time again, protecting his defence and looking to start new attacks. And as mentioned it was his ball that started the move that City's goal came from.

There was to be late drama. As Swansea looked to force an equaliser late on the were caught on the break. Kim Bo-Kyung cleared for substitute Fraiser Campbell to chase. Campbell got to the ball a split second before Michel Vorm's high boot caught the City striker and the Swansea keeper was given a straight red card.

Angel Rangel went in goal as Swansea had used all their subs. Rangel managed to keep a clean sheet for the final four minutes but Cardiff kept the ball deep in the Swansea half unti Mike Dean blew the final whislte.

Cardiff are now 12th in the table with 12 points after 10 games.

Next up there's a trip to Aston Villa. The Bluebirds will face a Villa side that haven't scored in their last four games. That's on Saturday, 3:00pm. 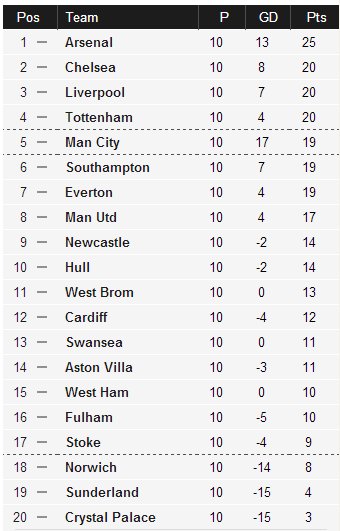