Cardiff and Norwich charged by FA

It follows a second half brawl that saw Perry Ng, Joe Ralls, Andy Rinomhota and Grant Hanley all getting booked. 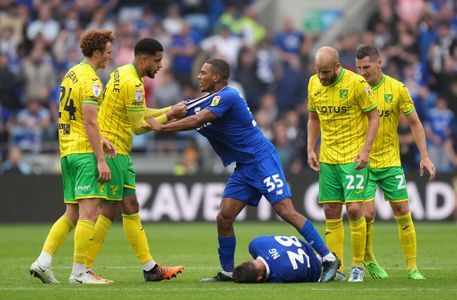 Trouble flared midway through the second half when a foul on Teemu Pukki saw several players getting involved.

In a statement, the FA said: "Cardiff City FC and Norwich City FC have been charged with a breach of FA Rule E.20.1 following their EFL Championship fixture on Saturday 30 July 2022.

"It is alleged that both clubs failed to ensure their players conducted themselves in an orderly fashion during the 66th minute of the fixture.

"Both clubs have until Monday 8 August to provide a response."