Ryan Sessegnon became one of the youngest goalscorers in FA Cup history with the winner in Fulham's 2-1 victory at Cardiff.

The 16-year-old tapped home from close range as Fulham came from behind to win, with Stefan Johansen having cancelled out Anthony Pilkington's deflected free-kick. 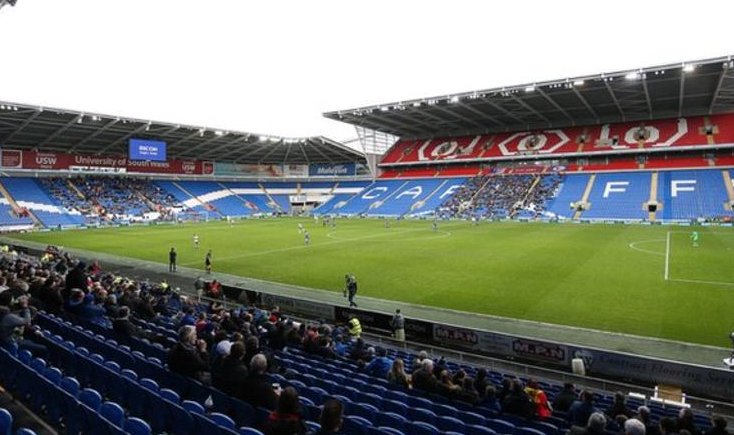 It was the second time Cardiff had witnessed the promise of the England Under-17 international - who was born in May 2000 - as Sessegnon scored his first senior goal against them in August.

On that occasion Sessegnon became the youngest scorer in both Championship and Fulham history at the tender age of 16 years and 94 days.

Five months on and Sessegnon showed his predatory instincts once more, even if Barrow's Sean Cato remains the youngest FA Cup goalscorer at the age of 16 years and 25 days.

The early 11.30am kick-off had persuaded many supporters to stay at home, and there was a low-key atmosphere which did not help either side.

But respective managers Neil Warnock and Slavisa Jokanovic resisted the opportunity to make wholesale changes ahead of crucial Championship fixtures.

Warnock made five changes from the side which overcame Aston Villa on Monday, while Jokanovic kept faith with eight of the team beaten by Brighton.

Chris Martin, however, was again absent despite Jokanovic's insistence that the on-loan Scotland striker will not return to parent club Derby.

Cardiff got an early break with an eighth-minute free-kick 25 yards out and Pilkington's strike hit Lucas Piazon on the shoulder to wrong-foot Marcus Bettinelli.

That stroke of ill-fortune might have deflated some, but Fulham dominated the first period to such an extent that they enjoyed 76 per cent possession.

Parity was restored within six minutes when Ryan Fredericks beat Joe Bennett to reach the by-line, and his cross was sent into the roof as Johansen marked his 26th birthday in style.

Joe Ralls forced a fine one-handed stop from Bettinelli, but it was a rare home excursion as Fulham probed down both flanks and regularly had Cardiff at full stretch.

Full-back Fredericks was a constant attacking outlet down the right and he left Bennett trailing to deliver a 33rd-minute cross which this time Tom Cairney met.

Cairney placed his shot onto the crossbar, but Sessegnon was unmarked to touch home the rebound for his third senior goal.

Fulham continued to dominate possession in the second half, even if scoring opportunities were seldom.

The Cottagers had a rare fright when Bettinelli had to move sharply to hold on to Emyr Huws' stinging drive.

Piazon had two chances to put the tie out of Cardiff's reach, first sending his shot straight at Brian Murphy from 12 yards before firing over the angle of post and crossbar.

Murphy also made a full-length stop to deny Sone Aluko in the closing stages, but Fulham comfortably saw through a job well done.