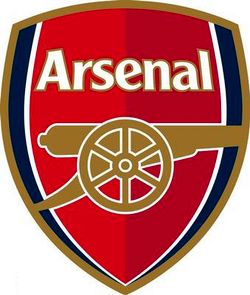 Arsenal visit Cardiff City Stadium to face the Bluebirds in a league fixture for the first time since 1962. The last visit to South Wales was in an FA Cup fixture in 2009 when Cardiff held The Gunners to a 0 - 0 draw before losing 4 - 0 at The Emirates.

Arsenal have been the most consistent Premier League side this season. They recovered from a shock opening day defeat to now lead the table by 4 points from Liverpool after 12 games.

There will be a superb reception offered to Aaron Ramsey as arguably the player of the season so far in the Premier league comes home to his former club. With Mesut Özil and Jack Wilshire in the Arsenal midfield and Theo Walcott available as well the City defensive players are going to have a busy afternoon.

If Cardiff can maintain possession and look to use the creativity of Whittingham and Mutch to feed the pace of Fraiser Campbell then Cardiff can create problems for Arsenal as well.

Its going to be another superb weekend of football at Cardiff City Stadium.

Cardiff manager Malky Mackay has a fully-fit squad to choose from.

The Scot is expected to stick with the side that performed so admirably in the draw with Manchester United, meaning Craig Bellamy may find himself on the bench again.

Midfielder Gary Medel is available after facing no action for his slap on Marouane Fellaini last weekend.

Germany striker Lukas Podolski is back in training after his hamstring injury, but remains short of match fitness.

Forward Yaya Sanogo (back), midfielders Alex Oxlade-Chamberlain and Abou Diaby (both knee) are all still sidelined.

(on Aaron Ramsey) "I hope he gets a great reception here and I am pretty sure he will.

"He is a fine young man, I met him a couple of weeks ago when the Welsh squad were here. He popped in and at that point I said to him to make sure that in a couple of weeks' time he goes easy with us.

"It's good to see a young British player grasping the nettle at Premier League level and actually being one of the main men at Arsenal.

"Sometimes maturity and experience comes at different parts of your career, but the biggest factor as far as he is concerned is the number of games he is getting on a consistent basis and he is beginning to show for club and country what a top young talent he is.

"We will deal with him as we deal with most teams and players, we have just got to concentrate on the strengths and weaknesses of the opposition."

“They look to have good solidarity, good togetherness [and] fantastic support as well.

“They are all on the same wavelength in the team and are very efficient at home on set-pieces.

“Even on Sunday when they were 2-1 down against Man United, many teams could have thought 'OK, it's Man United, we will not come back'.

“But you always had the feeling that they don't give up. You could feel that they would come back. They have that special attitude and belief in the side, and that makes them dangerous.”

Wenger has been impressed with Cardiff’s approach against the biggest sides, having beaten Manchester City and drawn with United this season.

“It is fantastic what [Mackay] has done,” he said. “I watched their game last Sunday against Man United and that is what has changed compared to 10 years ago: the teams that have come up from the Championship fight with the top teams in the Premier League on the possession front. That shows you how much the game has improved in the lower divisions.

“They beat City at home. They played a very good game against Man United where possession was 50:50. That's the challenge for us; to do better than these teams.

“And of course we have the warning of their performances against the big teams, so we are in a position where we have a difficult challenge but also a very exciting challenge because we can do better.”