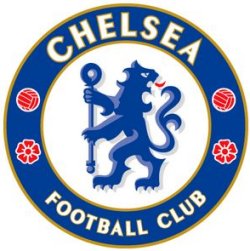 Frank Lampard is ill and is expected to miss a potential farewell appearance for Chelsea in the final Premier League match of the season at Cardiff.

Lampard, Ashley Cole and captain John Terry, who has a knock, are all out of contract at the end of the season, as is striker Samuel Eto'o, who recently had a knee injury, and is doubtful after being injured in training on Thursday.

Oscar (hip) missed last week's draw with Norwich, Ramires is suspended for the third of four matches and goalkeeper Petr Cech (shoulder) is out.

Cardiff will be without Juan Cala after the defender was handed a three-match suspension.

The Spaniard was sent off in the Bluebirds' 4-0 defeat at Sunderland last month for denying Connor Wickham a goalscoring opportunity, but this punishment related to his conduct as he left the field and made his way to the players' tunnel.

With Cardiff relegated following last Saturday's 3-0 defeat at Newcastle, manager Ole Gunnar Solskjaer looks set to make changes as the Welsh club target a winning send-off on home soil before returning to the Championship next term.