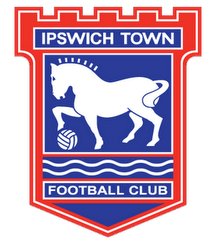 Cardiff are expecting to welcome Kenneth Zohore and Aron Gunnarsson back for the visit of Ipswich. The pair have both been battling ankle problems but are being readied to return.

The pair have both been battling ankle problems but are being readied to return. Joe Bennett limped out of Saturday's draw against Millwall and Callum Paterson could make his full debut after stepping off the bench to replace him. Lee Tomlin is pushing for a first league start since August 15, but Jazz Richards (ankle) and Lee Camp (thigh) remain sidelined.

Ipswich will again be without midfielder Tom Adeyemi, who has a hamstring problem. Fellow former Bluebird Emyr Huws is stepping up his recovery from an Achilles problem, but will not be back to face the club he left in the summer.

Defender Tommy Smith has recovered from a back problem, so is available with Town boss Mick McCarthy reporting no fresh injury worries following the 2-1 victory at Burton, where Bersant Celina came of the bench to net a late winner. Midfielder Ted Bishop (groin/hernia) and Luke Hyam (knee) continue their recovery, while Andre Dozzell (knee) is a long-term absentee.

Cardiff have won their last three home league games against Ipswich, with two of those wins by a 3-1 score line (October 2014 and March 2017).

The Tractor Boys have only won once in their last eight league matches against the Bluebirds (D3 L4).

This will be the 20th meeting in all competitions between Neil Warnock and Mick McCarthy - there have been seven Warnock wins, two draws, and 10 wins for McCarthy in the previous 19.

Ipswich have picked up nine points from losing positions so far this season, all coming away from home - no other Championship side has recovered more points from behind.