Cardiff​ will hope to bounce back from a damaging Premier League weekend, when they host Brighton in the early kick off on Saturday.

Newcastle and Huddersfield's first wins of the season, coupled with Cardiff's defeat to Leicester, saw the Bluebirds slip back into the relegation zone, having temporarily risen to 17th with their victory over Fulham two weeks previously.

 "I have great respect for him and our paths have crossed many times.

"He continues to do a very good job at @CardiffCityFC
- I'll look forward to seeing him whatever the result."#BHAFC ⚪️ pic.twitter.com/C5wsCdUWhA

Brighton manager Chris Hughton was nominated for October's manager of the month award after the Seagulls won all three of their matches last month, but he still needs to address their away form - they have only won once away from the Amex Stadium in 2018.

Here's everything you need to know ahead of this clash. 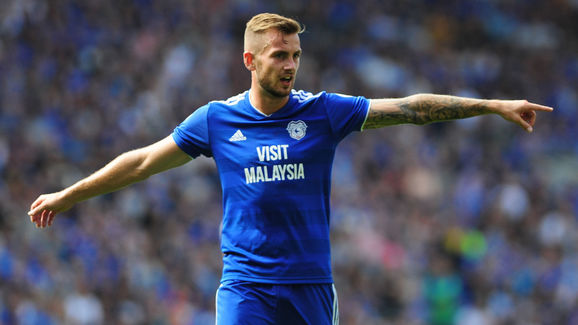 Cardiff are boosted by the return of Joe Ralls after a three match suspension. He's been nursing a slight knock but is expected to be back in the squad on Saturday. Unfortunately, ​Harry Arter must now serve a suspension after picking up his fifth booking of the season against Leicester.

Pascal Gross and Davy Propper are still unavailable with injuries. The most likely player on the pitch to be the difference-maker on Saturday is Glenn Murray, who recently became just the second Brighton player to reach a century of goals for the club with his winner against Wolves.

Cardiff's success last season was built on the strength of their defence, the equal best in the Championship. Yes, they have the third worst defensive record in the Premier League this season, but over half of their 25 goals conceded were scored by Chelsea, Liverpool and Manchester City.

If Cardiff can snuff out the threat of Murray, it's difficult to see where the goals will come from for Brighton - half of their 12 league goals have been scored by the 35-year-old. It's easier said than done though; he only needs one chance. Cardiff's first win of the season against Fulham last month was a much-needed confidence boost and the Bluebirds have given a good account of themselves in both matches since, though they have come away with no points.

Neil Warnock's team have had a difficult fixture list so far, facing every member of the 'big six' with the exception of Manchester United. With West Ham and Southampton among their opponents in the coming weeks, this will be a crucial period in their season.

Brighton's run of three consecutive wins in October was their best in the Premier League, though it came to an end with defeat at Everton last weekend.

Like Saturday's opponents, Brighton have a favourable run of fixtures ahead, with Leicester, Huddersfield, Crystal Palace and Burnley next up. They could put some distance between themselves and the bottom three before Christmas with a few wins in that run.

Here's how each team has performed in their last five fixtures. On paper, Brighton certainly have the stronger team and they are brimming with confidence after three wins in their last four.

The Seagulls finally won a Premier League match away from home in 2018 at the 13th attempt against Newcastle, but this match will prove whether that was a false dawn or not.

The Cardiff City Stadium will be well up for this one after the strange atmosphere of last week's match against Leicester. This is the sort of match they should be winning if they want to survive.

A draw would not be a wholly satisfying result for either team, but that seems the most likely outcome.