​Cardiff City host Chelsea on Sunday as they look to climb out of the Premier League relegation zone with eight games to go.

The international break probably came at the wrong time for the Bluebirds, after a crucial 2-0 win over West Ham United at the Cardiff City Stadium brought them to within two points of 17th place.

Neil Warnock was dealt a blow this week when it was announced that ​Callum Paterson would miss the rest of the season after damaging his ankle whilst playing for Scotland.

The ​Cardiff boss is also unhappy with the Iceland manager for playing Aron Gunnarsson in both matches after being told the 29-year-old would not play against Andorra, which is an indication that Gunnarsson may not start on Sunday.

Here's how the Bluebirds could line up against ​Chelsea. 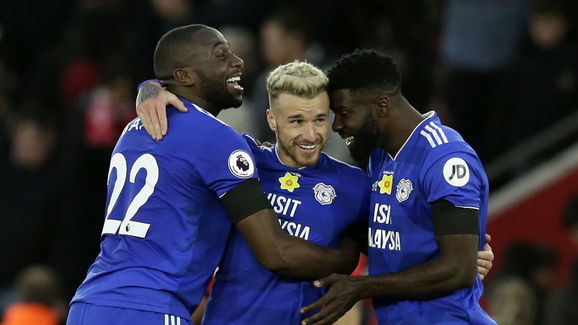 Lee Peltier (RB) - With Sol Bamba ruled out for the remainder of the campaign, Peltier has the opportunity to play a big part in Cardiff's bid for survival.

Sean Morrison (CB) - Cardiff's captain has started 26 league games so far this season, as he nears his 200th Bluebirds appearance.

Joe Bennett (LB) - Bennett is expected to make his 23rd start of the campaign on Sunday. 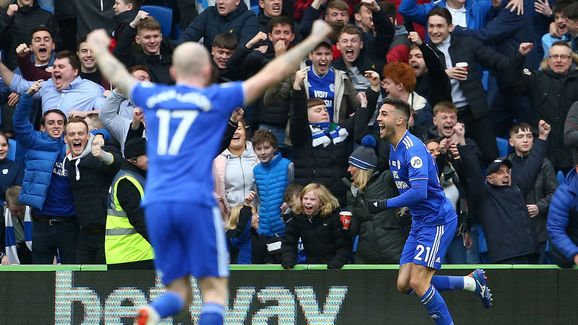 Joe Ralls (CM) - Following Warnock's comments about Gunnarsson, it would be a surprise to see the Iceland international start against Chelsea with Ralls in line to replace him.

Victor Camarasa (CM) - One of Cardiff's standout performers this season, Camarasa scored his fourth goal of the season against West Ham before the international break.

Harry Arter (CM) - Arter will be Jorginho's worst nightmare at the Cardiff City Stadium, as his tenacious pressing continues to win the hearts of Bluebirds fans. Nathaniel Mendez-Laing (RW) - The injury to Paterson could give Mendez-Laing the chance to start on the right of Cardiff's attack.

Oumar Niasse (ST) - The striker on loan from ​Everton is still looking for his first goal for the club but is leading the line relatively well.

Josh Murphy (LW) - A constant threat with lightning pace, Murphy's assist for Junior Hoilett against West Ham was his first of the season.