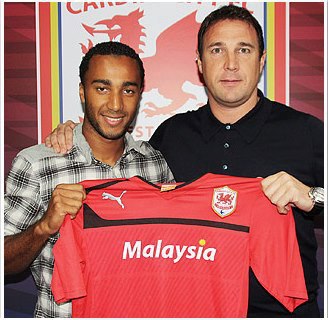 After a day of waiting the official announcement that Cardiff City had signed Nicky Maynard from West Ham came in the last hour of the transfer window.

The fee, thought to be around £2.75m, is officially undisclosed.

Maynard has signed a three year deal and takes squad no. 23. The official website say the 25 year old will be registered in time to play a part against Wolves on Sunday.

Maynard joined West Ham in January from Bristol City. He helped them to promotion to the Premier League including a super goal against Cardiff at Upton Park in May.

Another quality addition to the City squad.