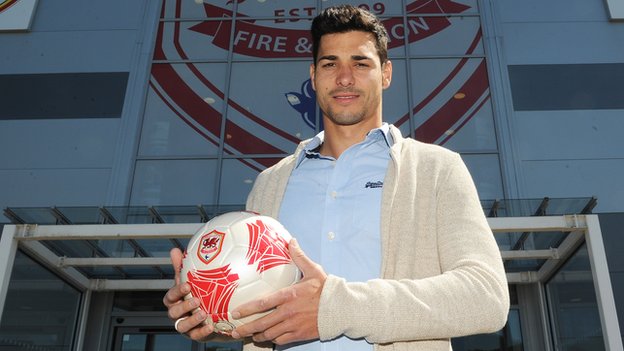 Speaking after the annoucement Guerra said

"I am very thankful for the warm welcome I have received here at Cardiff City and am very excited for my new challenge in Wales.

"Hopefully I can keep up the level that I have been playing at in Spain for the last few seasons and that it will be a successful time for me in Cardiff, with both the club and the supporters."

He started his career with Barcelona-based Espanyol before joining La Liga giants Valencia in 2004, where he developed at the Mestalla's B team.

Guerra has played for Granada, Mallorca, Alaves and Levante before he joined Valladolid in 2010, where his goals helped them to the La Liga promotion play-offs in 2011.