Cardiff fail at Fulham and slump to disappointing defeat

Bluebirds only started to play after going a goal down.

Ryan Babel's 79th minute stunning strike was the difference in the scoreline at Craven Cottage today but Cardiff will be left wondering how they didn't get at least a point after a dramatic last few minutes that saw Junior Hoilett hit the bar when he had the goal gaping and the Fulham keeper making four injury time saves the last of which denied a free header from Sean Morrison. 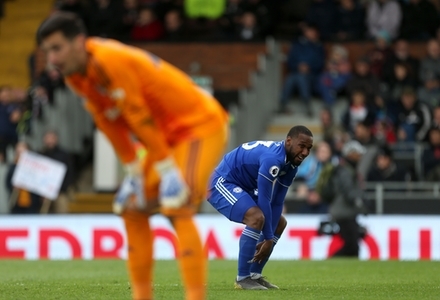 Cardiff looked to had a game plan to not concede but when they did tit was too little too late.

Morrison should have had a penalty in the first half. Again City denied an obvious spot kick after he was fouled by Mitrovic.

Camarasa, our play maker was taken off when we needed a goal. Rhys Healey came on ahead of Bobby Reid, a desperate gamble that failed to pay off but when Reid did come on he was into game immediately and his build up set up the chance that Hoilett blew.

The stats for chances on goal show that City had eight efforts on target but they were almost all in the last few minutes. The first 80 minutes City sucked and the manager will be right critiscised for his sides inability to go and try and win a match they could not afford to lose.

At the time of writing Brighton are preparing to kick off against Newcastle. If Brighton win Cardiff will be playing Championship football next season.

If Brighton fail to win today Cardiff will need to get results against both Crystal Palace and Man Utd to hope to stay up.