Steve Morison making his mark with some significant summer signings. 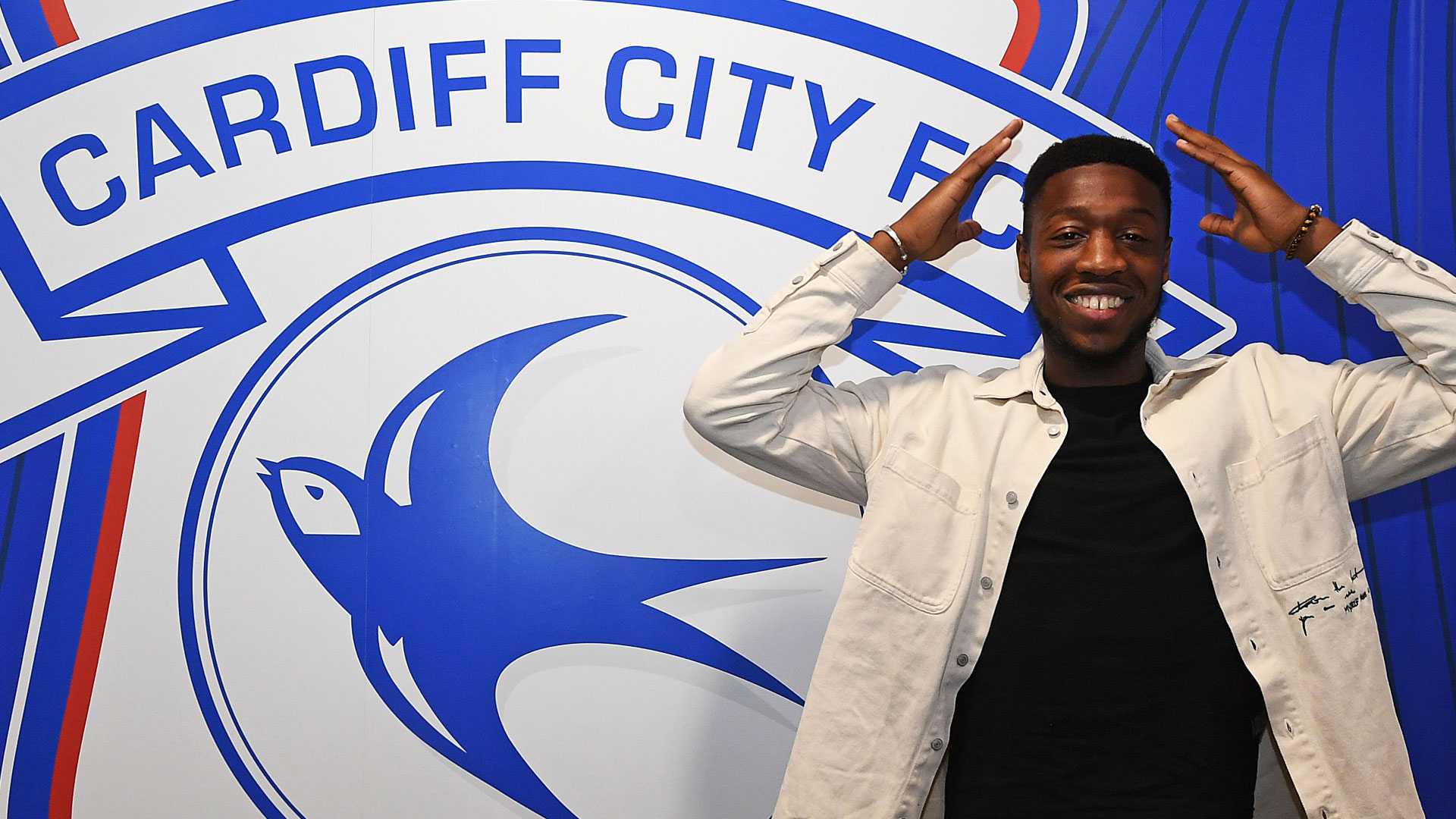 Cardiff City have signed midfielder Ebou Adams on a three-year deal with his contract at Forest Green Rovers due to end on 1 July.

The 26-year-old Gambia international is the Bluebirds' first summer signing ahead of the 2022-23 season.

"Hopefully I can be part of the team that takes Cardiff City back to where they belong," said Adams.

"I'm an all-round midfielder. The fans can expect 110% from me and for me to play with a smile on my face."

Cardiff boss Steve Morison said: "Ebou's going to bring athleticism and energy. He's really good on the ball. He's been a top, top player for Forest Green for a number of years.

"I said I was going to change the dynamic of the group. I wanted to change what you see from the players characteristic wise and he fits the bill.

"It is the right time for him to step up to the Championship. It's a big step for him, but he's buzzing, we're buzzing and we're looking forward to seeing him out there.

"We're really pleased to get it over the line."

Adams added: "I spoke to the manager and I was delighted with his plans, and I just wanted to be involved. We spoke about the style of football we would be playing, and it is a style I really like."

Alnwick, 28, has agreed a two-year deal after opting to leave the Buddies at the end of his contract.

He becomes the Bluebirds' second signing of the summer following the arrival of midfielder Ebou Adams from Forest Green Rovers.

Cardiff had been keen to land a new keeper after Alex Smithies decided to leave this summer.

Smithies is one of 10 players at Cardiff out of contract this summer, with the majority expected to depart. Midfielder Marlon Pack has also confirmed he has played his last game for the club.

Cardiff manager Steve Morison had been keen to conduct early business ahead of his first pre-season having replaced Mick McCarthy last October, with free signings forming part of the recruitment strategy amid budget cuts at the Championship club.

The forward, 20, becomes the Bluebirds' third signing of the week after they agreed deals with Forest Green's Ebou Adams and goalkeeper Jak Alnwick.

Tanner had been set to join Tottenham Hotspur in January but turned down the move after agreement between the clubs.

"When his move fell through with Tottenham, we were all over it," Cardiff boss Steve Morison said.

Tanner is a former Arsenal academy player who joined Lewes after leaving Bromley.

Morison says he will be given his chance to impress in the Cardiff first team.

"We monitored him for the rest of the season, and he did really well," he added.

"He wants to be a part of it. We want people who want to be here, so we're giving him a platform to build on and it's up to him to take the opportunity now.

"He comes in as his first experience of full-time football, but we'll nurture him and manage him right."

Tanner says he chose Cardiff after seeing the club give a chance to young players since the appointment of Morison, who managed the Welsh side's under-23s side before succeeding Mick McCarthy as first-team boss.

"I'm very excited. It's a massive club, and I can't wait to get going," he said.

"There were a lot of young boys last season who got a good chance here, and it appealed to me massively. The manager really sold it to me and I thought it would be perfect."

Cardiff are understood to have paid a fee of around £50,000 for Tanner.

The 27-year-old arrives on a free transfer as his contract with German second-tier side SC Paderborn expires this summer.

Collins, who has 25 caps, played in Croatia and Slovenia before joining Paderborn in 2017.

"I'm really excited to be in Cardiff, and I can't wait to get started," he told the club website.

"The club has great history, and when I got the call to come to Cardiff, I was so excited, I couldn't resist. I'm looking forward to the challenge of the new season. The goal is to fight for the Premier League."

Collins will provide Joel Bagan with competition for the left-back spot in Morison's side, while he can also operate in midfield or central defence.

"We've been monitoring him for a long period, and we're really pleased to get him signed," Morison said.

"He's a great athlete, a really good left-back, and can play in that left wing-back position as well. I'm really pleased that we've got competition for places.

"I want to get as many bodies in for the start of pre-season, because the first 10 days of pre-season are going to be huge."

Collins helped Paderborn reach the Bundesliga thanks to successive promotions in 2017-18 and 2018-19, although they were relegated after one season in the top flight.

He made 137 appearances during five years at Paderborn.