​This was another day where Cardiff City were meant to fight for their lives.

The Bluebirds turned up to already-relegated Fulham needing to win. Victory would shift them to, as it would turn out, one point from 17th-placed Brighton - who drew 1-1 with Newcastle in Saturday's late game - with just a couple of fixtures remaining of the Premier League season.

The job? Just keep the pressure on. Win, and there was always a chance.

Here's @_scottsaunders & @ThatChris1209 reflecting on, let's say, attritional game of football at Craven Cottage - won by a moment of quality from @Ryanbabel.

The position the team found themselves in prior to kick off is a true enough indicator of the team's quality as a whole. BBluebirds 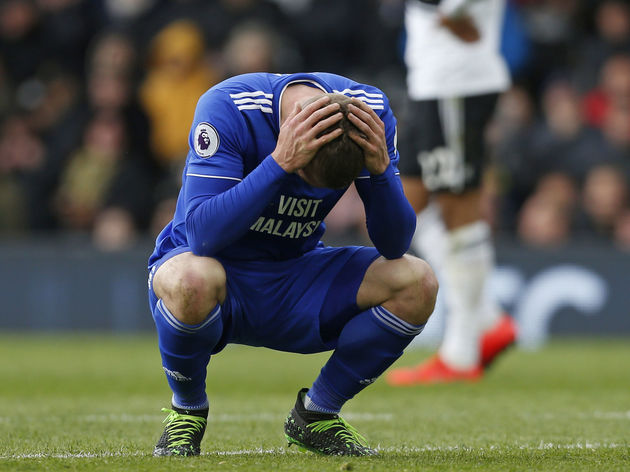 You'd be naive to expect brilliance here - these two are 19th and 18th in the Premier League for a reason - but Cardiff had something to fight for. And they let the chance slip through their fingers.

Still does think Cardiff should’ve had a penalty, however.

The biggest blow, he says, was “losing the three points against Chelsea a few weeks ago”. pic.twitter.com/eCQp5z43IS

Brighton's draw with Newcastle leaves Cardiff four points adrift of safety with two games remaining. And when you know the Seagulls face a trip to ​Arsenal and a visit from the title-chasing robots that are Manchester City in the last two games, it really sticks out just how important Saturday's game was to the visitors.

The gap is four, and they didn't do enough lessen it. You've only yourself to blame, Cardiff City.