Well that turned out well.

After Ipswich took the lead against the run of play it would have been easy to see City's heads drop but not today. The visitors headed themselves in front after Sol Bamba was harshly penalised to give Ipswich a free kick out wide. The cross came in and Luke Chambers rose (while climbing all over the City defender) to meet the ball and beat the keeper.

Cardiff created chances with the final 3 - 1 scoreline in the Bluebirds favour slightly flattering to Ipswich who could have been given a real hiding.

Junior Hoilett hit the post in the first half and could have wrapped up the game late on when it seemed easier to score than shoot straight at the keeper.

While Ipswich looked sharp on the break, and they should really have scored from a blistering counter attack in the first half - thwarted by a stunning McGregor save, they fell short in the final third for most of the game and were outplayed in midfield. 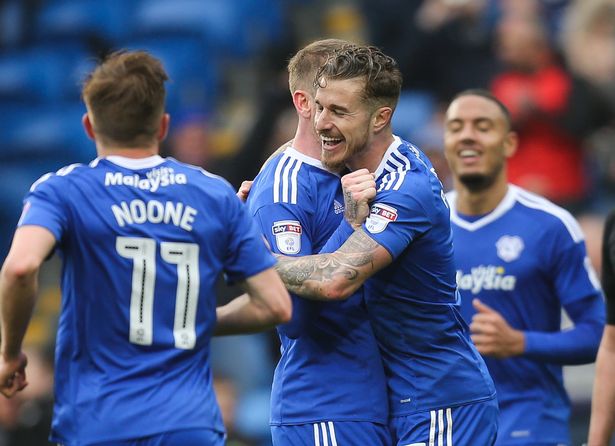 The accolades will go to Kenneth Zohore for his two goals but there should be honourable mentions to the midfield trio of Hoilett, Kadeem Harris and Craig Noone whose movement caused problems for Ipswich all game.

Zohore's first goal, a crisp volley from six yards, came from a Sean Morrison header but his second (see video below) came from a superb interchange with Hoilett.

City's third goal came from Joe Bennett, he finished off another classy move that saw Harris get to the byline and set up the left back for his first City goal.

"But if you told me when I walked through the door that we'd have 51 points with eight games to go, I'd have snapped your hand off.

"You can tell the lads are enjoying it, we're winning the battles in every department.

"It was just what we needed before the international break."