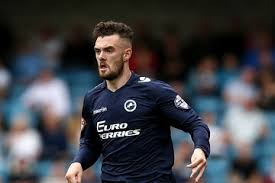 23 year old Scott Malone becomes Russell Slade's first signing in the January trasfer window. The former England U19 left back has signed a contract until 2017.

Malone told Cardiff’s official website: “With my contract soon to expire at Millwall, I was looking for a new challenge; a few clubs were interested, but when I heard Cardiff City was one of them it was an easy decision to make.

“The manager didn’t need to persuade me at all into making this decision, I wanted to come and be part of his plans. I’m very happy to be here and eager to get started."