Cardiff welcome Chelsea to the CCS on Sunday, ko 2:05pm. Game is live on Sky.

It's a big few days for City with a trip to Man City to follow on Wednesday so if the Bluebirds are to finally get something from a top six team it could be against under pressure Maurizio Sarri's side.

Cardiff are without Callum Paterson for the Premier League home game against Chelsea on Sunday.

Paterson damaged ankle ligaments playing for Scotland in their Euro 2020 qualifier in San Marino and will play no further part this season.

Sol Bamba (knee ligaments) and Matthew Connolly (dislocated ankle) are also sidelined, but Harry Arter is expected to feature after missing the Republic of Ireland's Euro 2020 qualifying victory over Georgia on Tuesday.

Ruben Loftus-Cheek is expected to shake off a back issue in time for Chelsea's trip to Cardiff on Sunday.

The midfielder missed out on England duty due to his injury but should be ready to return for the Premier League contest.

Davide Zappacosta's ankle problem will be assessed, as will Ethan Ampadu's back concern. 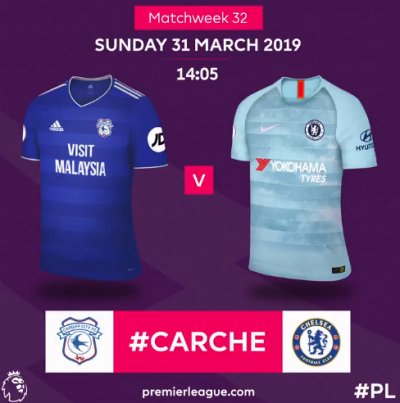