Cardiff have to win today or it's relegation.

Cardiff midfielder Harry Arter has missed the last three games with a calf strain and seems set to miss out again.

Kenneth Zohore should be available. 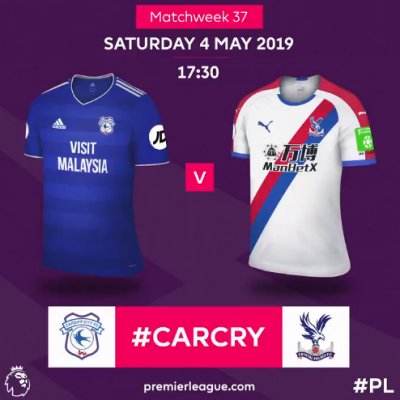 Christian Benteke misses out for Palace after damaging his cheekbone in the 0-0 draw with Everton last weekend.

Mamadou Sakho, James Tomkins, Jeffrey Schlupp and Pape Souare have been ruled out for the rest of the campaign.