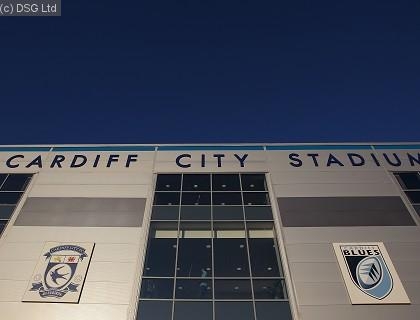 Cardiff boss Malky Mackay could welcome back Craig Bellamy when they entertain Leeds.

Bellamy returned to training earlier this week after a calf injury and is expected to be handed a place on the bench at least.

Centre-half Ben Turner, who has also missed the last two games, will have his foot injury further assessed ahead of kick-off.

Former City striker Ross McCormack is likely to start for their opponents and Mackay admitted his troops are going to have to be at their best to outwit Neil Warnock's side.

"Neil has managed to add to his squad and he has started to put his stamp on things there," he told Wales Online.

"In (Luciano) Becchio and McCormack they have two dangerous strikers too. But it should be a good game and one we are very much looking forward to."

Leeds will include new loan signing Michael Tonge in their squad.

The Stoke midfielder has joined Leeds on loan until December and could make his debut due to a shortage of midfielders at manager Neil Warnock's disposal.

Rodolph Austin has returned unscathed from international duty with Jamaica, but Paul Green remains sidelined with a knee injury, David Norris is expected to miss out after tearing a thigh muscle in the recent win at Peterborough and a third midfielder, Michael Brown, has yet to feature this season due to a hamstring problem.

Striker Ross McCormack was an unused substitute in Scotland's World Cup qualifying draw against Macedonia at Hampden Park and is expected to resume up front alongside Luciano Becchio.

Aidy White, who captained the Republic of Ireland Under-21s in Italy this week and defender Tom Lees, who made his debut for England Under-21s, are both likely to be included.