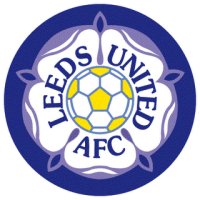 Leeds are the visitors to CCS led by chairman Ken Bates, managed Neil Warnock and including bad boy player El Hadji Diouf in their squad. How can you not hate them?

There will be a warm welcome for former City player Ross McCormack, the Scotsman scored for Utd in their last game, a 3 – 3 draw with Blackburn.

Both sides have started the League campaign with two wins, a draw and a defeat. Leeds occupy 7th in the table with Cardiff 8th, Leeds scoring an extra goal giving them the slightly loftier position.

Utd have added Michael Tonge to their squad this week. Warnock bringing in his former player on loan from Stoke.

Leeds have goals in them with McCormack and Luciano Becchio up front and they will be backed by around 2,000 travelling fans. We should see a crowd of 23,000+ for the first time this season at CCS.

Cardiff have Craig Bellamy and Ben Turner available for selection. Turner may get a start ahead of Matt Connelly with Bellamy likely to accompany Kim Bo-Kyung on the bench. The South Korean has not had a taste of competitive football for City yet.

Even if Malky keeps the same starting XI that faced Wolves two weeks ago we could be in for an exciting afternoon's football with Peter Whittingham, Craig Noone, Jordan Mutch, Tommy Smith adding quality from midfield to the forward line of Maynard and Helguson.