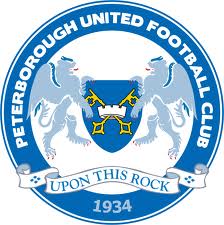 Cardiff are likely to be without both Stephen McPhail and Aron Gunnarsson as they look for their first Championship win in four attempts.

Gunnarsson hobbled off after just seven minutes of the 2-1 defeat at Leicester on Saturday after tweaking his back and is very doubtful.

Meanwhile, fellow midfielder McPhail has turned to doctors to help control the onset of his Sjogren's syndrome and will be absent.

Filip Kiss came off the bench to deputise for Gunnarsson at Leicester and he is likely to continue in the middle of the park alongside Peter Whittingham.

On-loan striker Haris Vuckic, who started the match at the Foxes, could find his place under threat from Joe Mason and Rudy Gestede, while manager Malky Mackay is still waiting on the return of captain Mark Hudson from a calf strain.

Matthew Briggs is likely to make his Peterborough debut.

Briggs joined Posh on a month-long loan deal from Fulham last week and the England Under-21 international was poised for his Posh bow against West Ham on Saturday before the fixture against the Championship leaders was postponed. He is expected to go straight into the starting line-up.

A left-back by trade, Briggs can also play at centre-half or wide on the left but he should line up in his preferred position. That means Craig Alcock and Mark Little will contest the right-back slot and Tommy Rowe will revert to his midfield role.

Paul Taylor missed training last week due to illness. The forward was a doubt for the Hammers game but should be in contention for Tuesday night's trip to the Welsh capital.