Upto 8,000 fans can be accomodated at CCS this evening as Cardiff face Southampton. It will be the first time since February 2020 that fans will be able to cheer on the City at home.

It's the penultimate home friendly followed by the visit of Newport County on Saturday, so we may start to see the shape of the likely line up to face Barnsley on Saturday week. 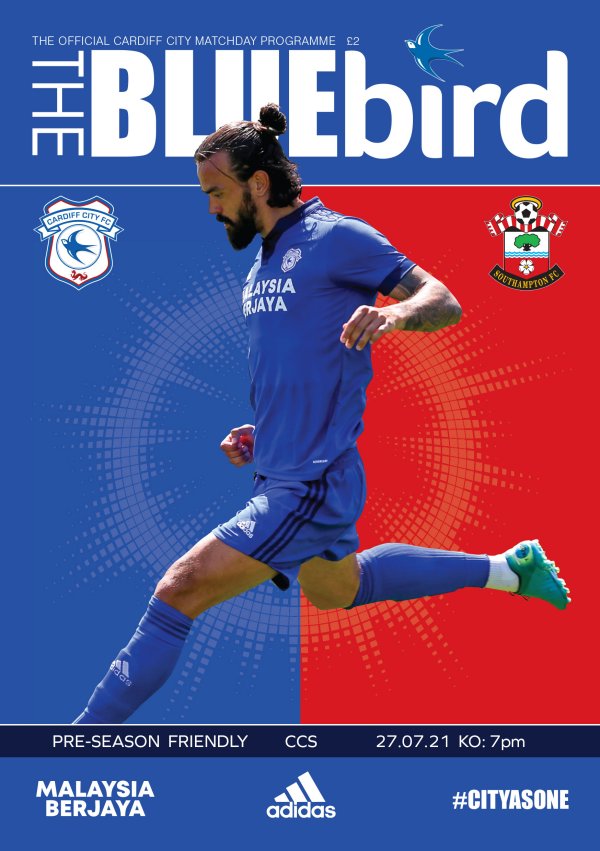 The game is being streamed live via Cardiff City TV

Cardiff City boss Mick McCarthy confirmed that Isaac Vassell missed Saturday's clash with Exeter City due to a knock in training, rendering him unlikely to feature against Southampton.

Vassell, who netted in the 5-0 win over Bath City earlier in the month, has been working his way back towards a first-team return this summer after previously spending the best part of two years on the treatment table.

But the striker wasn't included in the matchday squad for Saturday's 2-2 draw with Exeter City, and McCarthy has confirmed that he has suffered a setback on his road to a full recovery.

"Isaac Vassell was training yesterday, and he was going to play today but unfortunately he pulled up," McCarthy said.

"He's okay. He's a bit fatigued and hasn't been playing for a while, but he's come back and trained really hard.

"They'll all be okay. They're little knocks."

New signing Ryan Wintle is suffering with a hip flexor issue so is touch-and-go, while Sean Morrison could return if not against Southampton then Newport County on Saturday.

Josh Murphy has not played in pre-season, either. He has been training, however McCarthy doesn't think he is ready to start a game just yet.

Tom Sang is still nursing his toe after he underwent an operation on it, but he is likely to be passed fit to play against the Saints.

Meanwhile, Kieron Evans has also missed all of pre-season so far. It was thought that he would get a little run ahead of the new campaign, but he did his ankle ligaments blocking a shot in training.

He has started running again, though, and should be back within a couple of weeks.