Cardiff look set to be without Joe Ralls for Sunday's South Wales derby against Swansea. Ralls has returned to training after breaking his hand at Leeds last month but his return might be delayed until the FA Cup replay at Carlisle in midweek. 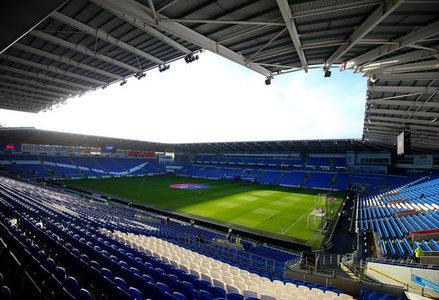 Aden Flint, Marlon Pack, Lee Tomlin and Robert Glatzel should return at the Cardiff City Stadium after being rested for the first FA Cup meeting with Carlisle. Nathaniel Mendez-Laing, Isaac Vassell and Matthew Connolly remain on the long-term casualty list.

Loan pair Rhian Brewster and Marc Guehi will be in the Swansea squad. Liverpool forward Brewster might make the starting line-up, while Chelsea defender Guehi is likely to be on the bench.

Swansea could be without Mike van der Hoorn (knee), with Ben Cabango and Ben Wilmott set to form the centre-back partnership. Goalkeeper Freddie Woodman, midfielder Matt Grimes and playmaker Bersant Celina are among those set to be recalled following the 5-1 FA Cup defeat at QPR.