Tottenham could have Serge Aurier available when they look to get their title challenge back on track at Cardiff on New Year's Day, live on Sky Sports (5:30pm).

Right-back Aurier is fit again after three weeks out with a groin problem and could be in the mix as Mauricio Pochettino's side look to bounce back from their surprise 3-1 defeat against Wolves, which saw Spurs lose ground on leaders Liverpool and champions Manchester City.

Spurs will be without Victor Wanyama, Jan Vertonghen, Mousa Dembele, Eric Dier and Erik Lamela who all miss the trip to south Wales. 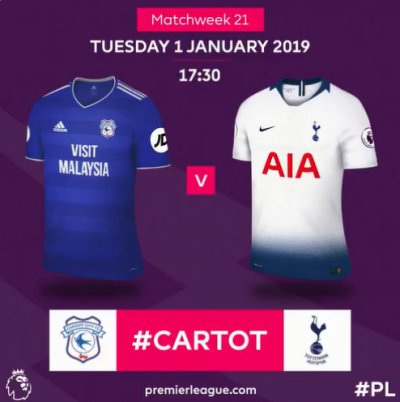 Cardiff manager Neil Warnock is unlikely to make many changes for the visit of Spurs.

Warnock was delighted with Cardiff's dramatic first away win of the season at Leicester on Saturday and has no new injury concerns.