Cardiff hope Victor Camarasa will be fit enough to start. The on-loan Real Betis midfielder has been troubled by a calf injury since the start of January but he made a cameo appearance from the bench in Cardiff's last game, a 2-1 win at Southampton.

Defender Sean Morrison has stepped up his recovery this week after an operation to have his appendix removed, and could rejoin the squad.

Watford will welcome back Roberto Pereyra and Isaac Success.

Pereyra (calf) and Success (hamstring) have both missed the last three matches, but will travel to south Wales.

Defender Sebastian Prodl is in contention to make his first league appearance since October. Kiko Femenia (hamstring) definitely misses out. 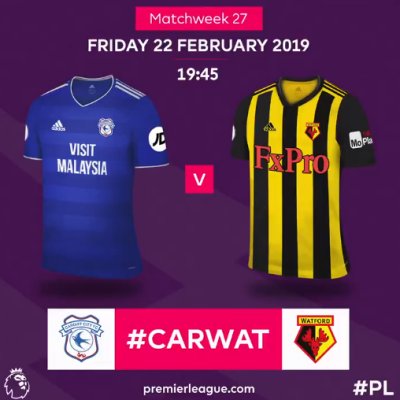