Josh Murphy is expected to return to the Cardiff starting line-up. The winger dropped to the bench for the 1-0 defeat at Everton last weekend but has been a key figure for Cardiff in recent home matches.

Warnock has some late decisions to make as he has "two or three niggles" in camp and Kenneth Zohore is still struggling with a calf injury.

Wolves have no new injury concerns, with Jonny Otto their only enforced absentee. 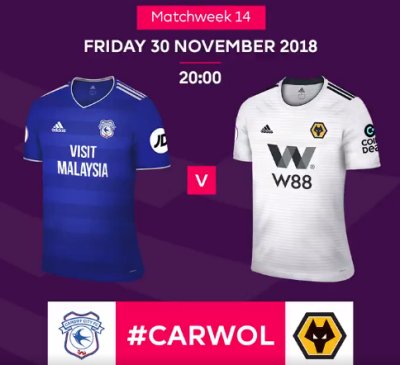